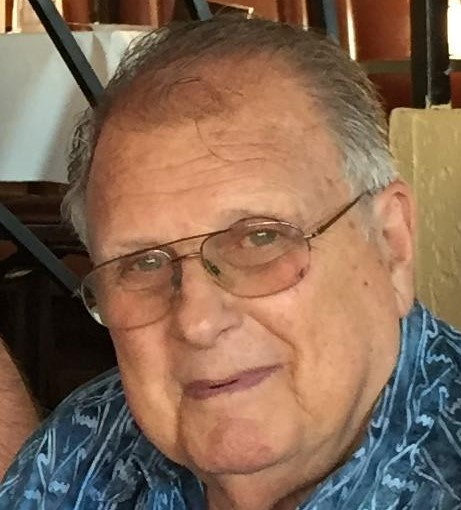 Adrian Louis Melillo (“Papa”) passed away in his home following an extended illness. A lifelong resident of Chicago Heights, Adrian is survived by son Christopher (Jodi) Melillo, daughter Adrienne (John) McArdle, grandchildren Emily McArdle, Lauren McArdle (Sergio) Lund and great-grandson Harrison Patrick Lund. Adrian is also survived by sister Mary Louise Thompson (nee Melillo) and nephews Mark (Kathy) and Kevin (Melissa) Thompson. He was preceded in death by his parents Mildred nee Ziccardi and Bruno Melillo, grandson Michael Patrick McArdle and brother-in-law Richard Thompson. He leaves behind many loving family members, friends, and former colleagues. Adrian was a running and fitness enthusiast for most of his life. He enjoyed music of all kinds, with special appreciation for jazz. He was an avid reader, crossword fanatic, and stamp collector. He was both the love and horror of waitresses throughout the south suburbs and points beyond as he teased relentlessly, but with great affection. A loving father, brother, grandfather, uncle, and friend, Adrian was also a devoted fan of the four-legged species. Sienna and Mollie were thought to have understood him better than his human family and occupied a big place in Adrian’s sometimes-curmudgeonly heart. Mollie was with him to the end. Adrian was a 1958 graduate of Bloom High School where he wore number 54 on the gridiron, and a 50-year member of the Laborers’ International Union of North America -- retired from Local 5 after decades of service in the construction industry. He performed his work with pride and precision and relaxed on his motorcycle, on the softball field, or in the backyard. Memorial Visitation at St. Agnes Church, 1501 Chicago Rd., Chicago Heights on Monday November 12th from 9:00 AM until time of funeral mass at 10:00 AM. Inurnment private. For further service information contact 708-481-9230 or panozzobros.com. In lieu of flowers, the family kindly requests donations to The American Heart Association or The National Kidney Foundation. (Adrian would likely suggest donations to Illinois Doberman Rescue or P.A.W.S.) Though he will be greatly missed on earth, he joins many beloved family members, friends, and canines in his eternal home.